A friend and I were talking the other day about why clients spend more on toilet cleaning than design, and how the industry has changed since the mid-1990s, when we got our starts. Early in his career, my friend wrote a fine CSS book, but for years he has called himself a UX designer. And our conversation got me thinking about how I reacted to that title back when I first started hearing it.

“Just what this business needs,” I said to myself, “another phony expert.”

Okay, so I was wrong about UX, but my touchiness was not altogether unfounded. In the beginning, our industry was divided between freelance jack-of-all-trade punks, who designed and built and coded and hosted and Photoshopped and even wrote the copy when the client couldn’t come up with any, and snot-slick dot-com mega-agencies that blew up like Alice and handed out titles like impoverished nobles in the years between the world wars.

I was the former kind of designer, a guy who, having failed or just coasted along at a cluster of other careers, had suddenly, out of nowhere, blossomed into a web designer—an immensely curious designer slash coder slash writer with a near-insatiable lust to shave just one more byte from every image. We had modems back then, and I dreamed in sixteen colors. My source code was as pretty as my layouts (arguably prettier) and I hoovered up facts and opinions from newsgroups and bulletin boards as fast as any loudmouth geek could throw them. It was a beautiful life.

But soon, too soon, the professional digital agencies arose, buying loft buildings downtown, jacking in at T1 speeds, charging a hundred times what I did, and communicating with their clients in person, in large artfully bedecked rooms, wearing hand-tailored Barney’s suits and bringing back the big city bullshit I thought I’d left behind when I quit advertising to become a web designer.

Just like the big bad ad agencies of my early career, the new digital agencies stocked every meeting with a totem pole worth of ranks and titles. If the client brought five upper middle managers to the meeting, the agency did likewise. If fifteen stakeholders got to ask for a bigger logo, fifteen agency personnel showed up to take notes on the percentage of enlargement required.

But my biggest gripe was with the titles.

The bigger and more expensive the agency, the lousier it ran with newly invented titles. Nobody was a designer any more. Oh, no. Designer, apparently, wasn’t good enough. Designer was not what you called someone you threw that much money at.

Instead of designers, there were user interaction leads and consulting middleware integrators and bilabial experience park rangers and you name it. At an AIGA Miami event where I was asked to speak in the 1990s, I once watched the executive creative director of the biggest dot-com agency of the day make a presentation where he spent half his time bragging that the agency had recently shaved down the number of titles for people who basically did design stuff from forty-six to just twenty-three—he presented this as though it were an Einsteinian coup—and the other half of his time showing a film about the agency’s newly opened branch in Oslo. The Oslo footage was shot in December. I kept wondering which designer in the audience who lived in the constant breezy balminess of Miami they hoped to entice to move to dark, wintry Norway. But I digress.

Shortly after I viewed this presentation, the dot-com world imploded, brought about largely by the euphoric excess of the agencies and their clients. But people still needed websites, and my practice flourished—to the point where, in 1999, I made the terrifying transition from guy in his underwear working freelance out of his apartment to head of a fledgling design studio. (Note: you never stop working on that change.)

I had heard about experience design in the 1990s, but assumed it was a gig for people who only knew one font.

But sometime around 2004 or 2005, among my freelance and small-studio colleagues, like a hobbit in the Shire, I began hearing whispers in the trees of a new evil stirring. The fires of Mordor were burning. Web designers were turning in their HTML editing tools and calling themselves UXers.

I wasn’t sure if they pronounced it “uck-sir,” or “you-ex-er,” but I trusted their claims to authenticity about as far as I trusted the actors in a Doctor Pepper commercial when they claimed to be Peppers. I’m an UXer, you’re an UXer, wouldn’t you like to be an UXer too? No thanks, said I. I still make things. With my hands.

Such was my thinking. I may have earned an MFA at the end of some long-past period of soul confusion, but I have working-class roots and am profoundly suspicious of, well, everything, but especially of anything that smacks of pretense. I got exporting GIFs. I didn’t get how white papers and bullet points helped anybody do anything.

I was wrong. And gradually I came to know I was wrong. And before other members of my tribe embraced UX, and research, and content strategy, and the other airier consultant services, I was on board. It helped that my wife of the time was a librarian from Michigan, so I’d already bought into the cult of information architecture. And if I wasn’t exactly the seer who first understood how borderline academic practices related to UX could become as important to our medium and industry as our craft skills, at least I was down a lot faster than Judd Apatow got with feminism. But I digress.

I love the web and all the people in it. Today I understand design as a strategic practice above all. The promise of the web, to make all knowledge accessible to all people, won’t be won by HTML5, WCAG 2, and responsive web design alone.

We are all designers. You may call yourself a front-end developer, but if you spend hours shaving half-seconds off an interaction, that’s user experience and you, my friend, are a designer. If the client asks, “Can you migrate all my old content to the new CMS?” and you answer, “Of course we can, but should we?”, you are a designer. Even our users are designers. Think about it.

Once again, as in the dim dumb dot-com past, we seem to be divided by our titles. But, O, my friends, our varied titles are only differing facets of the same bright gem. Sisters, brothers, we are all designers. Love on! Love on!

And may all your web pages, cards, clusters, clumps, asides, articles, and relational databases be bright.

Jeffrey Zeldman is the founder and executive creative director of Happy Cog™, an agency of web design specialists, and the co-founder (with Eric Meyer) of An Event Apart.

In 1995, the former art director and copywriter launched one of the first personal sites (Jeffrey Zeldman Presents) and began publishing web design tutorials. In 1998 he co-founded (and for several years led) The Web Standards Project, a grassroots coalition that brought standards to our browsers. That same year, he launched A List Apart “for people who make websites.”

Jeffrey has written many articles and two books, notably the foundational web standards text Designing With Web Standards, now in its third edition. 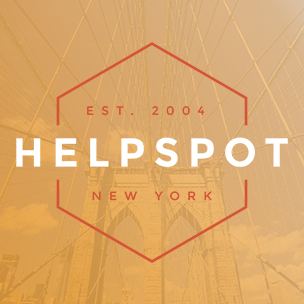